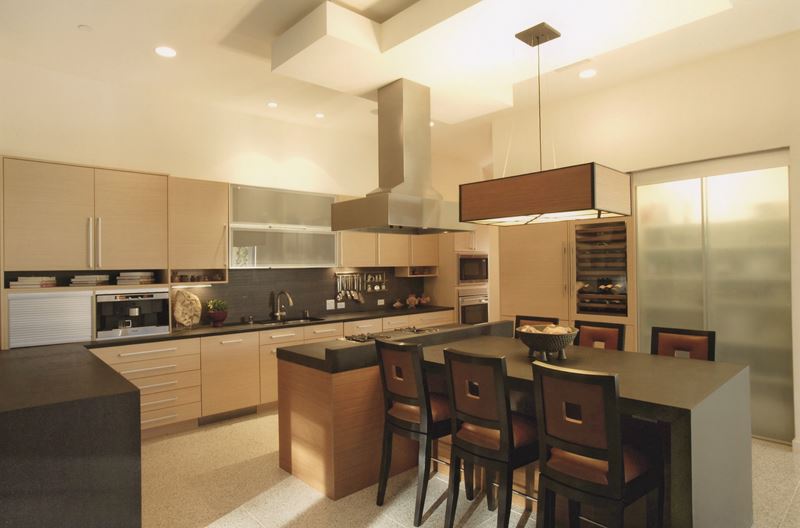 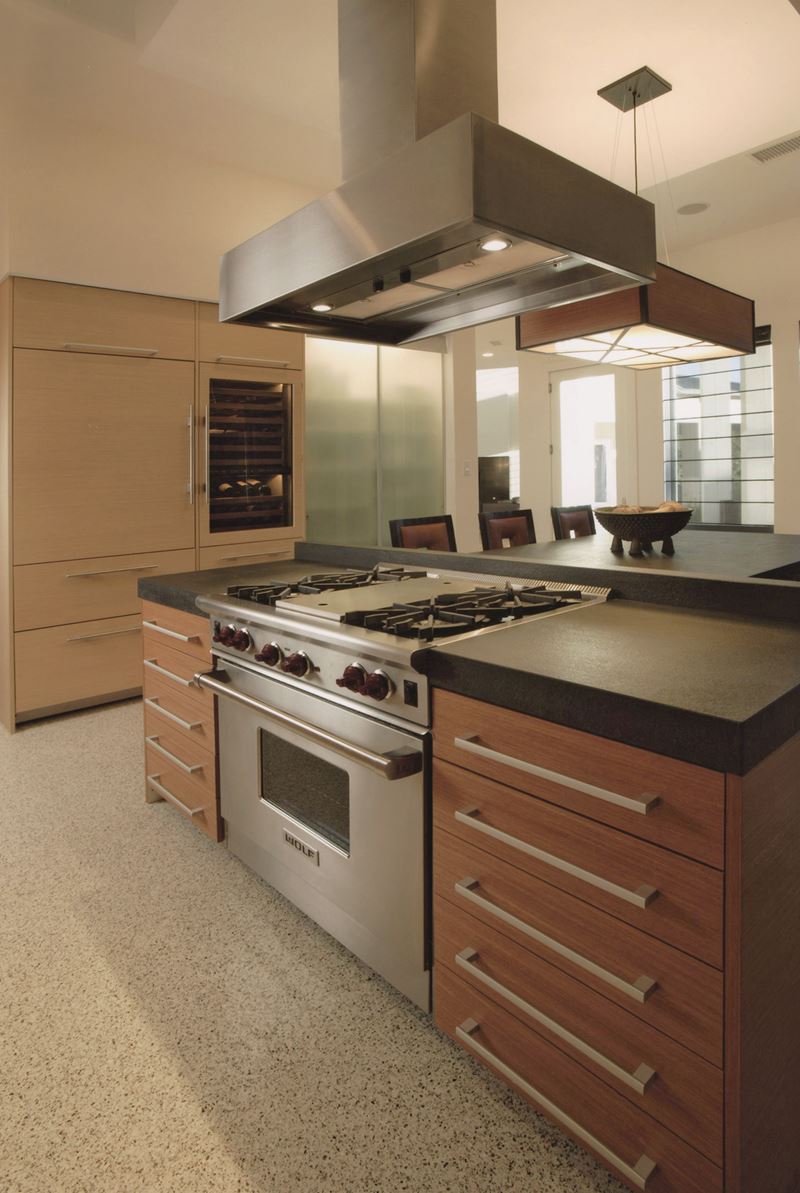 A social kitchen floor plan allows easy entertaining for a North Dallas couple and its earthy palette is the perfect gallery for their primitive art collection.

Decades ago while teaching in La Paz, Bolivia, Kathy and Robert Ingle discovered their attraction to pre-Columbian pottery and weavings, which they continued collecting after returning to the states. Today the successful couple involved in development and politics hosts a variety of social engagements at home—ditching pretense and serving familiar comfort foods like chili, slow-cooked pot roast with red wine sauce, and four-cheese macaroni with sausage. "Generally when cooking for company my two daughters join me in the kitchen," says Kathy. "Its fun, festive, confusing and messy — just the way I like it!"

The Ingles thought their tastes ran traditional until their realtor insisted they look at a new contemporary property in an older Dallas neighborhood. The home has a transitional feel, lots of natural light, and large, open plan kitchen that makes cooking a communal event. Designers and homebuilders Abby Smith, Ron Smith and Helene Terry had built the home on spec, installing Sub-Zero refrigeration and Wolf cooking for their strong appeal and high levels of clean integration. "Building for a homeowner who's unknown we believed the Sub-Zero and Wolf package would help sell this house," says Abby. "The Ingles have high standards and the Sub-Zero and Wolf appliances set the stage."

In addition to warm cherry and maple veneer cabinets installed for a horizontal grain, earthy references include white terrazzo tile flooring with terra cotta accents, and honed Zimbabwe granite countertop with wire brush texture. Architectural interest is added with a dropped soffit that echoes the shapes of the cooking island and dining table below, and anchors their respective exhaust hood and lighting fixtures. Translucent and textured glass and stainless steel introduce new materials for added interest, without overwhelming the space. "I often use more than one finish in a large kitchen," says Abby. "I often leave the stainless exposed, then add another layer of interest to breaks up any monotony."