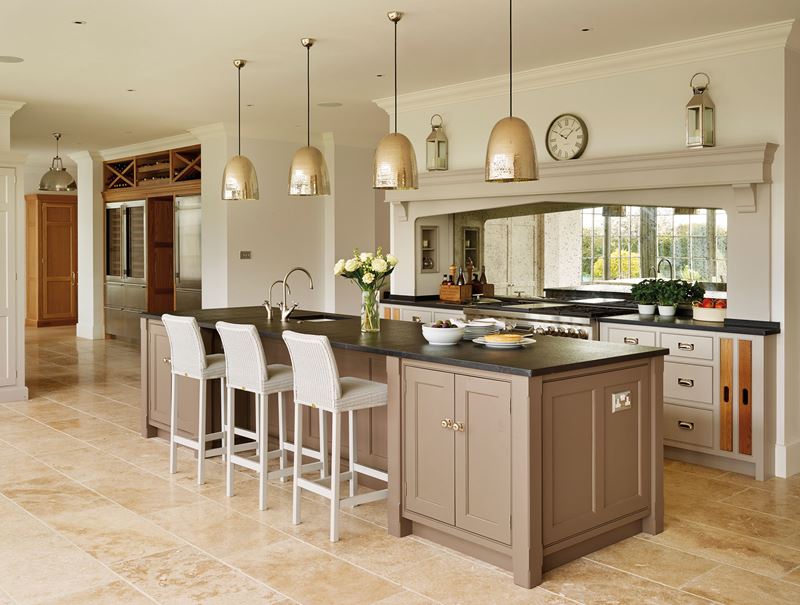 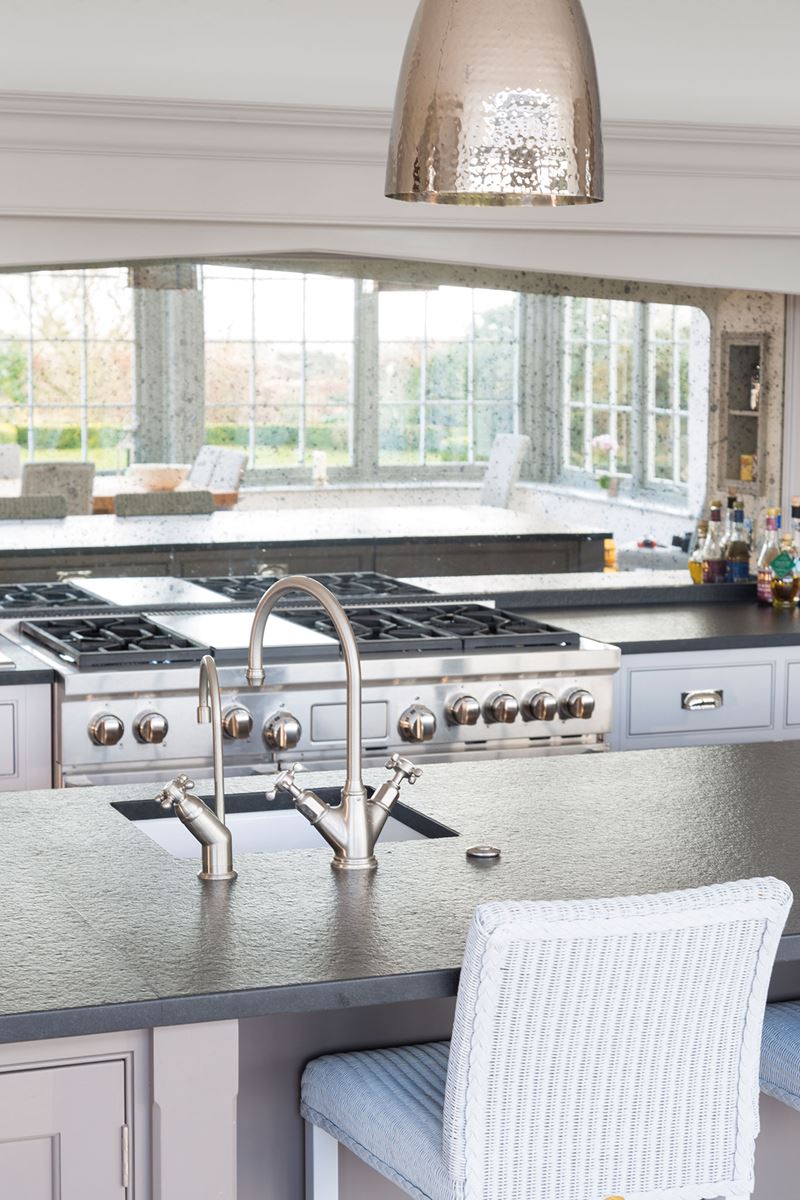 Starting in the 1700s, a new kind of home addition began appearing on the property of the wealthy in Europe. Similar to a greenhouse or conservatory, the orangery provided shelter for citrus trees during the frosty winter months.

When Peter Humphrey, Design Director and Founder of Humphrey Munson, was commissioned to create a new kitchen for a family in County Essex, England, he realized he had an opportunity to do something truly stunning. The new kitchen would be accommodated within a timber-framed orangery, with wonderful natural light flooding in.

The homeowners wanted an extremely well-made modern kitchen with the very best materials and appliances. With three children under eleven, the space had to meet not only their cooking and entertaining needs, but homework and playtime duties as well.

Peter’s greatest challenge was a logistical one: the space was exceptionally large, so he had to carefully divide up the kitchen into distinct areas that were functional but also aesthetically on point. A large island was built, incorporating a breakfast bar, prep sink and worktop space, opposite a Wolf range flanked by sets of deep pan drawers. This was the working kitchen. It was supplemented by a separate refrigeration area, larder and scullery. Lastly, a dining area was created, featuring a bespoke refectory table like those once found in monasteries and castles – so large and long, it had to be assembled on site.

The design of the orangery allows light to flood in along one whole length of the kitchen, so Peter specified a distressed mirror splashback behind the range that reflects light back over the island unit. Hammered nickel pendant lamps serve the same purpose. There was one disadvantage to the natural light: it could potentially damage the homeowner’s wine collection, so Sub-Zero wine preservation units were chosen for the UV protection in their glass doors.

The orangery kitchen is thrilling for its sheer scale, but just as much for its craftsmanship and attention to detail. It was handmade in England using traditional joinery techniques, including solid oak drawers with dovetail joints, tulipwood cupboards and fascias, and of course the handbuilt refectory table. It is thoroughly modern, yet it also harks back to gracious, centuries-old customs and traditions.