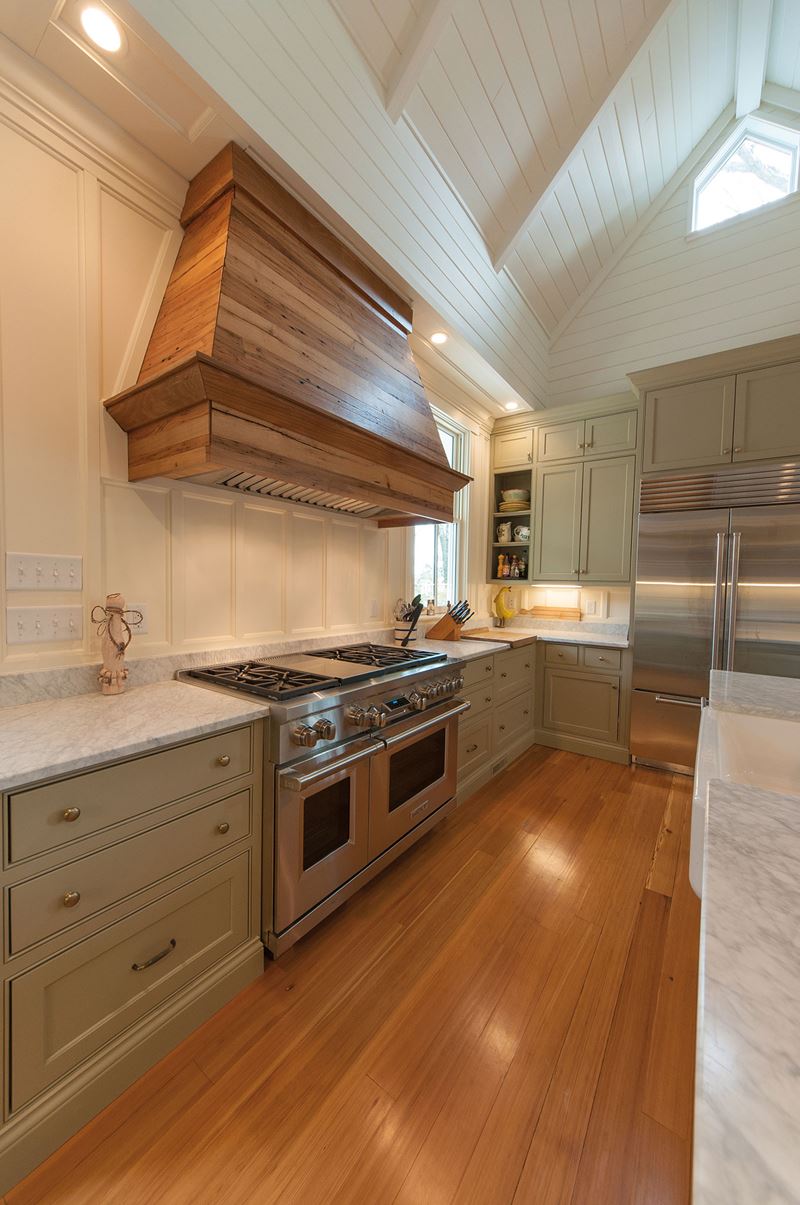 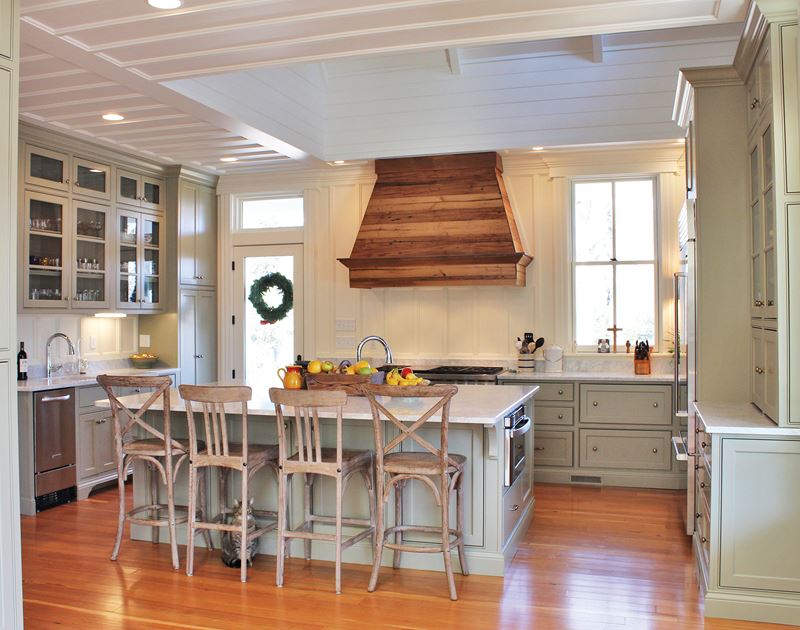 Anyone who has had the pleasure of living in a Victorian home treasures its many gracious, distinctive features. But the layout of the kitchen is generally not one of them – it was not the open, inviting gathering space we’re used to today. (Partly because so much entertaining was done in the front parlor.)

So when an empty nester couple bought an 1890 Queen Anne Victorian in southern Tennessee, they quickly realized that the existing kitchen would not work for their large extended family of children and grandchildren. They called on a design team from nearby Chattanooga.

The team explored several iterations, with the contractor involved, before deciding on the final design. It had to be something with a timeless look that maintained the integrity of the home, while giving the homeowners and their family the open, functional gathering space that they required.

The finished product nods to the intricate woodwork of the original part of the house by using wood paneling on the walls and ceiling, and heart pine on the floors. A large island adds workspace and seating, and the Wolf range and Sub-Zero French door refrigerator work to balance out the space around the island. Above the range is a beautiful custom hood built out of salvaged American chestnut. The vaulted ceiling, modern as it is, is nonetheless executed in a way that still feels timeless.

The new design, in accordance with the wishes of the homeowners and the way most Americans live today, blurs the lines between the public and private lives within the home. Replacing the long gone function of the Victorian parlor, the kitchen and living room can now co-exist, accommodating both guests and residents.

Most gratifying for the design team was seeing that the transformation that took place after the renovation was not just physical, but also caused an immediately apparent transformation in the lives of the homeowners and their family.