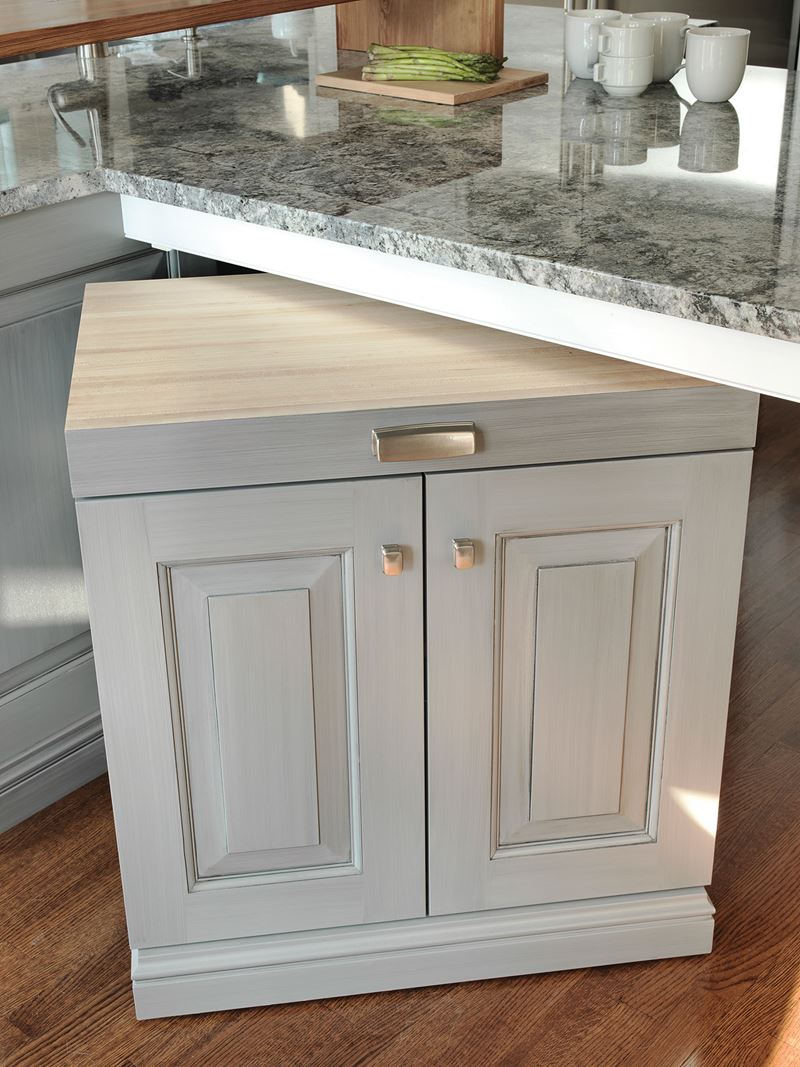 “Shall I part my hair behind? Do I dare to eat a peach?
I shall wear white flannel trousers, and walk upon the beach.
I have heard the mermaids singing, each to each.
I do not think that they will sing to me.”

Anyone who loves poetry has been entranced by the verse of T.S. Eliot. Imagine the kind of sensitivity required by the designers who were charged with renovating the kitchen of Eliot’s childhood home in St. Louis, registered as a national historic site.

The 1910 Federal Revival house was built by Elliot’s father Henry, who was president of a local brick company. The high-quality brickwork and flawless coursework are typical of the home’s craftsmanship, setting the bar high for designers James Howard and Emily Castle.

The homeowners had a daunting set of goals. They wanted the current kitchen, butler’s pantry, walk-in pantry and servant’s area converted into a modern functional kitchen and gathering space. The new space had to incorporate historical elements from the home – and also create distinct storage and space for the family’s pet dog Beau. (Eliot was himself a dog lover, although more famous for his contribution to the smash musical Cats.)

To create the necessary space, walls were removed and exterior French doors added. State-of-the-art Sub-Zero and Wolf appliances were built into beautifully crafted cabinetry. Unique storage systems were designed, to ensure a clean, uncluttered and well-designed space. And the designers incorporated an arched opening, narrow slat quarter-sawn oak floors and a dizzying number of other special details that pay homage to the heritage of this special home:

“Home is where one starts from,” Eliot once wrote. Now the homeowners have a beautiful gathering space that honors the past while celebrating their family’s future and treasured time together.