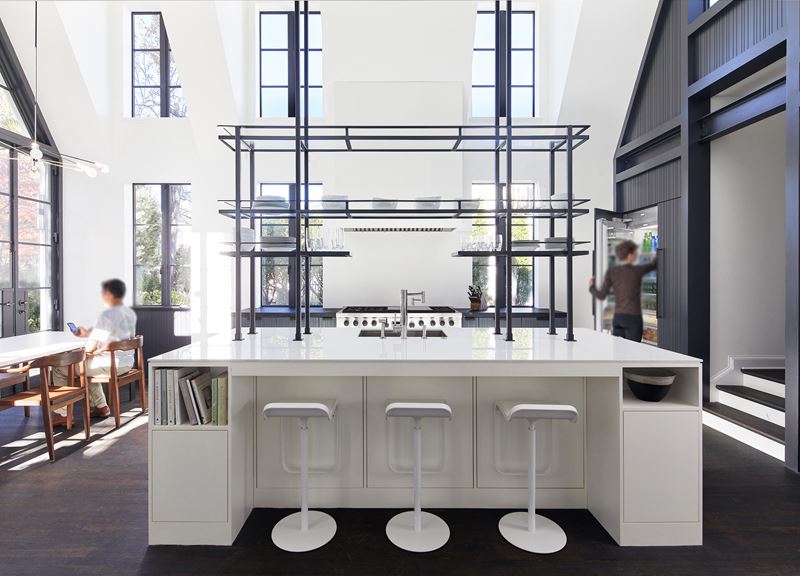 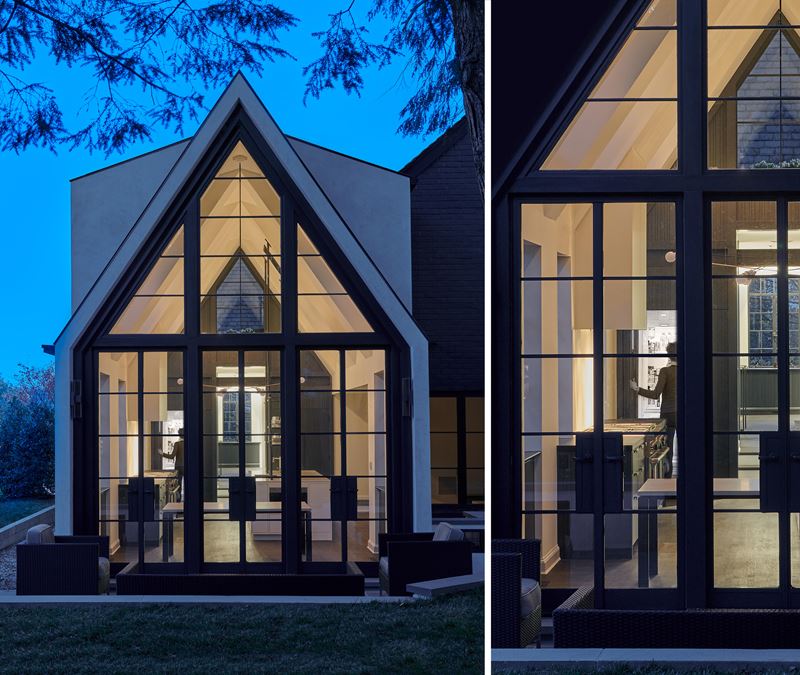 A renovated 1940s Tudor is revived with a complementary kitchen addition. Upon initial inspection, architect Donald Lococo observed architectural inconsistencies added to the home in the last 30 years. Insensitive additions, neoclassical trim and wainscoting over existing walls, and unrelated millwork imposed themselves. These stylistic conflicts were removed to reclaim the Tudor’s integrity. The absence of the contradictory languages allowed the inherent nature of the Tudor to reveal itself. Existing black metal windows juxtapose the newly exposed, chalky, simple plaster walls: the defining design motif that encouraged a kitchen breakfast room addition whose seemingly contradictory modern identity not only elicits but highlights the Tudor’s character.

The black knobs and steel grates of the Wolf range contrast the Tudor-pitched, chalk-white ceiling in the center of the addition. Inspired by the Wolf range, a grid of black cabinetry, steel I-beams, scored paneling, and pantry doors house the Sub-Zero refrigerator and freezer columns. When opened, the light of the Sub-Zero refrigerator and freezer offsets the dark, paneled wall, highlighting the sleek, bright interior. While the island’s engineered tower met the aesthetic needs of the kitchen, it assisted with the flow as well. Lococo explains, “The challenge to design a neat and uncluttered yet convenient kitchen was also answered by the tower. Even though it held enough dinnerware and glassware for eight, its thin members and transparent shelves defied its massive nature and 2200-pound load, allowing light to flow through it, affording the kitchen unobstructed views and the feeling of continuous space.” Lococo placed the kitchen on the main and cross axes of the home, connecting it with the surrounding living spaces. The uninterrupted views of the kitchen create a centralizing effect, aided by the dormers off the second-floor master bedroom.