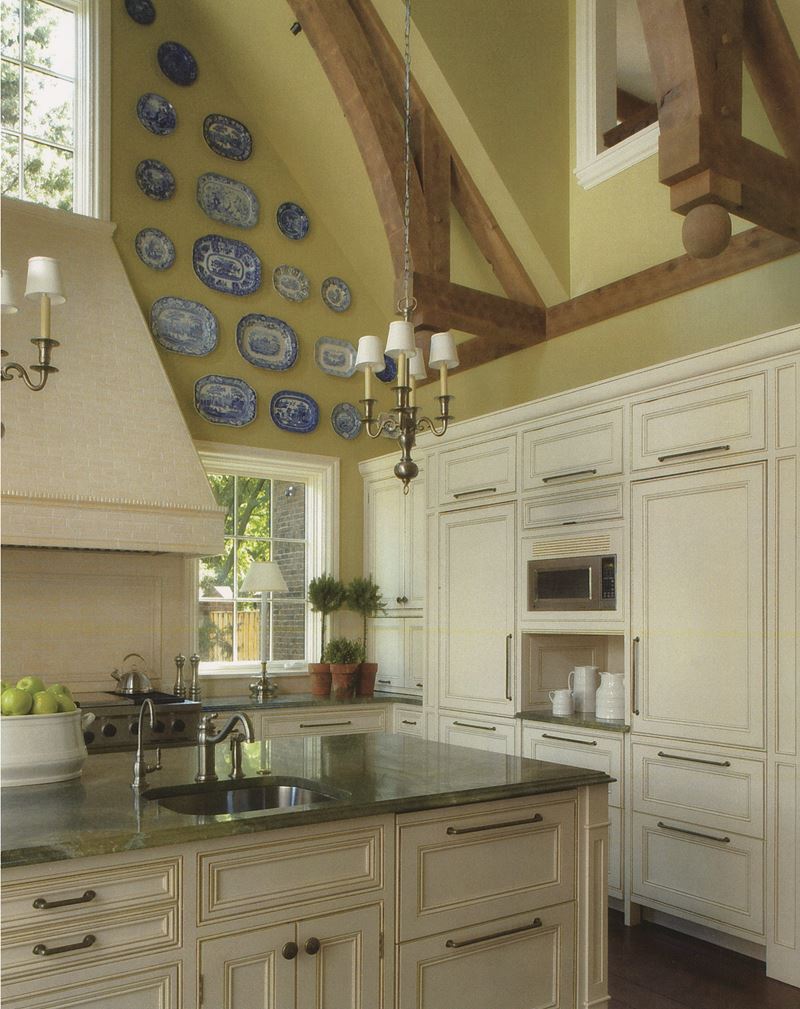 This new home in a wooded suburb near Detroit known as Bloomfield Hills belongs to a financier and his wife—a former couture dressmaker and boutique owner in New York—and their 11-year-old son. Jennifer Bidigare of Braam’s Design, Lucy Earl of Jones-Keena and Mark Johnson of Mark Johnson & Associates designed the space for continuous gourmet cooking for the family as well as dinner parties and charitable events, so it had to flow, function and look sensational.

On a typical day Patty cooks at least twice using fresh, organic foods. Whatever the task: chopping, sautéing, etc., she is only a few steps from whatever she needs. The granite-topped island includes appliance garages and multiple compartments for cooking gear near the Wolf range. Bidigare says the homeowner chose Wolf for its levels of refinement both in looks and in use. "Wolf has the features, details and levels of adjustment that she uses," Bidigare explains, adding that preserving those organic ingredients also made Sub-Zero's superior climate control the right choice.

With open site lines from three other living areas, Bidigare wanted the design to blend while standing on its own. Sub-Zero's flawless integration allowed for one continuous span of beautiful tall cabinetry. Details like the unassuming scallop at the island toe kick are kept simple to not compete with more precious embellishment. The tall tiled range hood leads the eye up to a window and soaring ceiling trimmed with dark, hand-honed beams that serve to frame a dramatic display of Delft china from the owner's collection.