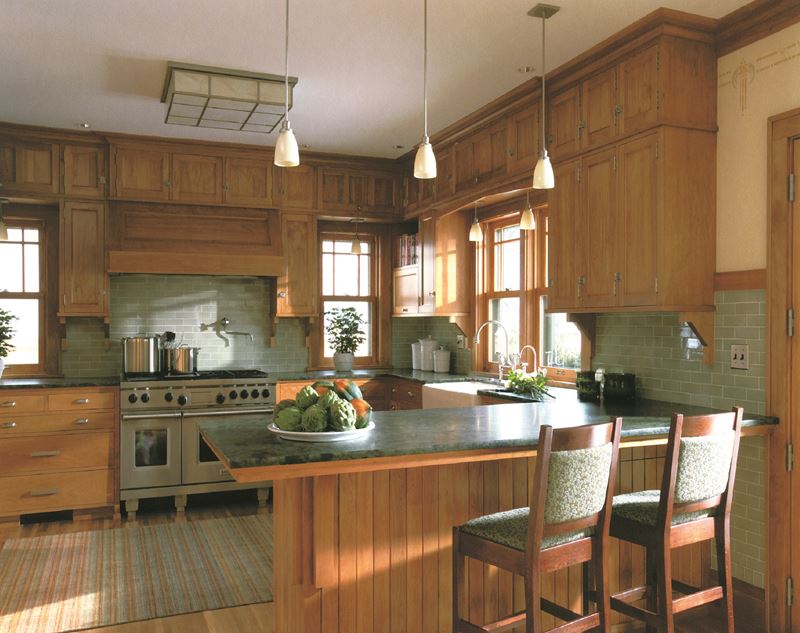 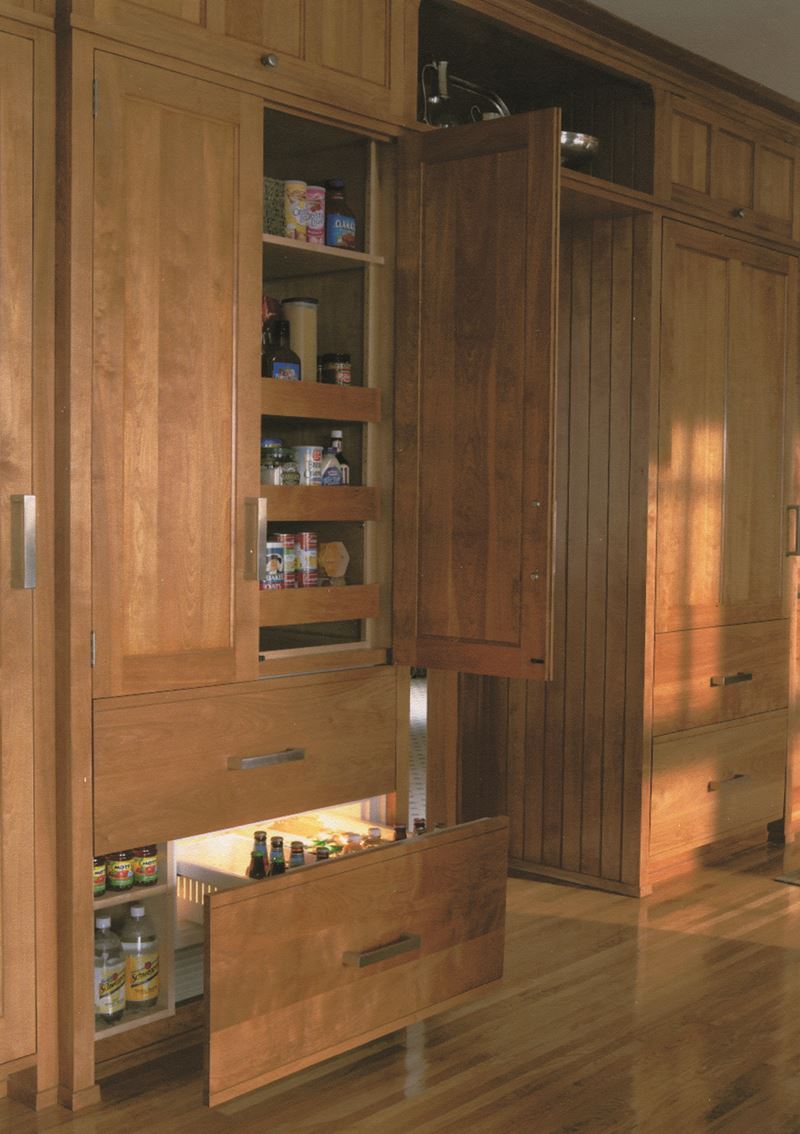 A circa-1922 Prairie style home in St. Paul's historic Summit Avenue District gets a period-style kitchen for a thoroughly modern family.

Restoring and renovating a 1922 home was pure passion for a young professional couple that loves to cook and host large family gatherings. Of course they wanted to have a larger, more visible kitchen to suit their lifestyle, but they also wanted to do what was right for the home's distinguished provenance. As part of a National Register of Historic Places, ordinances were strict, and designers had to adhere to visuals such as size and window placements outside, and inside as well. David Heide of David Heide Design Studio reconceived the entire first floor of the house. Two additions were added and existing rooms were repurposed so the new kitchen could have more prominence.

Today earth tones blend with the rest of the house and red birch paneling concealing two Sub-Zeros resembles the old-growth birch already in the home's interior. Cabinetry was fashioned in an early 20th-century style with exposed hinges and nickel hardware. The Prairie School of architecture practices respect for nature and craftsmanship, rendered here through unique custom-made tiles, pendant lights and something you don't see often nowadays: wall stenciling. Heide considers the performance and timeless beauty of Sub-Zero and Wolf a smart investment that enhances the integrity of historic properties. "Sub-Zero and Wolf are as permanent an addition to the kitchen, as the kitchen is to the house," he says. "They will endure over time."

With any design or remodel project, Heide recommends taking an appropriate amount of time to reflect. "Don't rush the design process," Heide advises. "You end up making a decision you regret, or end up with less than you wanted. Take the time to explore. Know what compromises you are making and why. Ultimately you will appreciate the space more, and it will be more meaningful."