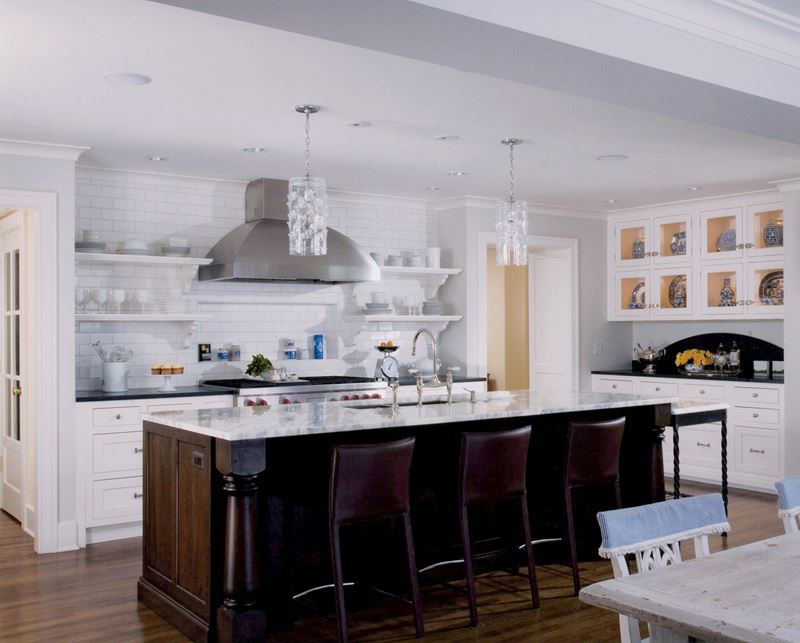 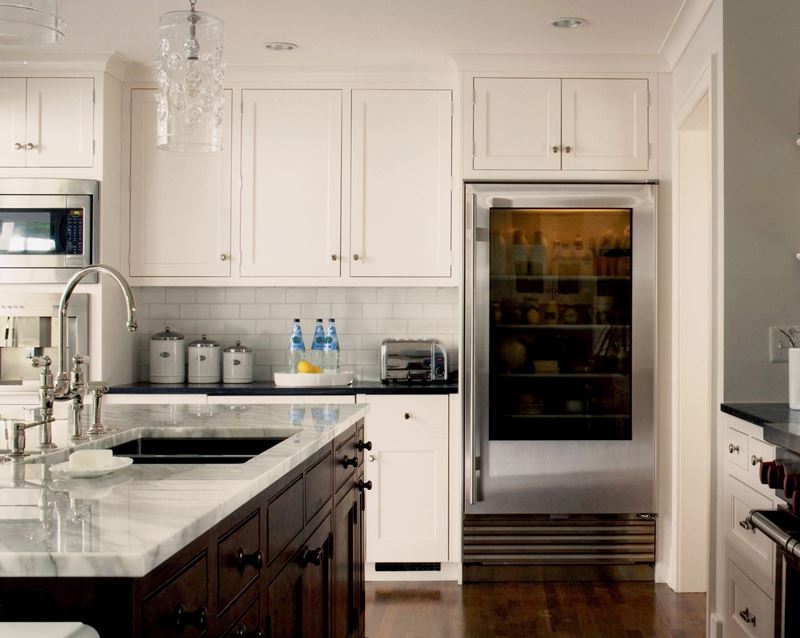 Historic references and modern amenities mingle with ease in a 1920s residence in Birmingham, Michigan.

When this large Cape Cod in the outlying Detroit suburb of Birmingham was built in the 1920s boxy electric refrigerators had just been introduced for home use. As aesthetics evolved Sub-Zero led the charge with built-ins, furniture styling and integration. In this spirit, the homeowners — a active couple with three young teenage children — asked kitchen and bath designer Jodi Caden to update their kitchen, which was last renovated in the 70s, and blend the home's history with the best of casual, 21st-century living.

Fifteen feet of space was added by pushing out the back wall of the kitchen, enabling a merger with the family room. But working with three existing doorways and one less wall meant that Caden must employ some creative thinking. Solving the puzzle created by a lack of wall space, Caden installed the main sink on the large central island along with a Wolf 48-inch range that includes two ovens. Positioning the refrigerator, freezer drawer and icemaker together saved wall space and also created an ice cream and beverage center.

The lady of the house wanted something unexpected for lighting above the island, and was delighted to discover the antique glass fixtures with an unusually modern feel. The island's turned legs and the built-in sidebar's curved backsplash suggest freestanding antiques, without the fussiness. The effect is casual, but with enough drama to make holidays and other events feel special. A wall of white subway tile, marble and soapstone countertops, and classic white cabinetry look original to the home and mix well with amenities for a busy modern family like open shelves for easy access to plates, and a glass-front 36-inch Sub-Zero keeping snacks visible and at the ready for kids on the go. Caden adds that she really likes Sub-Zero's dual compressor technology, which keeps food fresh longer. "It also seems to be more quiet," she says, pointing out how important that is in today's more social, open plan kitchens.